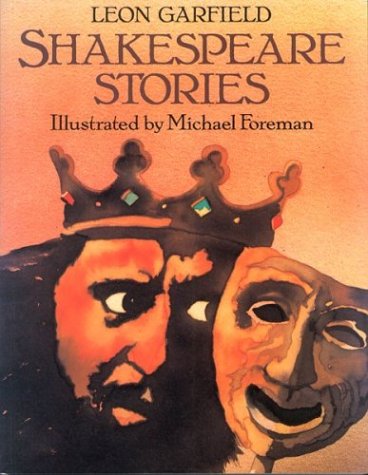 Audiobook. A retelling of the Bard’s tales, by Leon Garfield (illus. Michael Foreman), read by yours truly.

First published from August to September 2021, republished on my website June 2022

I originally released each episode separately, and wrote short summary blurbs for each (included in the download package, and below), but it seemed a waste of time to re-separate them since I’ve recorded the whole book. There’s a sequel, Shakespeare Stories II, which I will soon start recording and releasing episodically here (that makes more sense).

Shakespeare was a great writer and dramatist, if rather stuffy. Provided you can get past Ye Olde Englyshe, though, his original plays read like the best of modern thrillers, as they are solely dialogue. His usually rhymeless iambic pentameter is quite difficult for even native speakers, so for casual enjoyment or a child’s introduction to this literary giant, I recommend a retelling, and Leon Garfield’s 1985/1995 version is very, very good. I grew up reading this book, so it’s quite special to me (though my taste has adapted over the years into a preference for the originals). It was part of the Sonlight Homeschool Curriculum my parents used for our education, and was most useful for understanding the gist of the original plays when I later studied them.

Seriously, though! I found a more modern retelling in a phonebox library (Andrew Matthews, 2003) and it was unreadably childish, like a lot of kid’s stuff is these days. 👴 “Back in my day, I’d fight my brothers with swords and bows, made from sticks. Then we’d play with ugly spiky robot action figures and read my Dad’s crime thriller novels.”

Characters’ speech is lifted verbatim from the original plays, but their longuer boringue [sic] monologues are replaced with modern prose and window dressing. Michael Foreman’s watercolour illustrations are scarily good, too.

If you want an eBook version, I recommend downloading it from the Z-Library or Archive.org 1, 2, 3. Note that piracy may be legally questionable in your jurisdiction (but when has that stopped anyone?). If you like it, you might find a physical copy in your local library. It’s available quite cheaply on eBay as either the 1990s 2 volumes, or Amazon has the 2015 single volume republished version.

Hosted on HearThis.at; scroll down to the next section if you want to “read the back of the cereal box” as you listen! There are 12 chapters, each 40mins-1h long, plus Introduction (total: 9h42min11s)

Introduction to my reading of Shakespeare Stories by Leon Garfield, read from the dust-jacket of the book. I wish you could see the beautiful illustrations!

Shakespeare’s 12th Night, retold by Leon Garfield, read by Darren J. de Lima. Shakesperean comedy of love, despair and mistaken identities. The Duchess falls for the handsome messenger bearing the Duke’s courtship; the problem is, the messenger is Viola, a grieving sister who has fallen in love with the Duke she works for. Everyone plays the fool, the circle of lovers goes round and round, and Viola’s resurrected brother Sebastian is the puzzle’s missing piece.

Shakeseare’s King Lear, retold by Leon Garfield, read by Darren J. de Lima. His most tragic tragedy, a cruel world and ungrateful daughters destroy their father, poor old King Lear. May be unsuitable for children due to strong violence and tragic conflic between children and parents.

Shakeseare’s The Tempest, retold by Leon Garfield, read by Darren J. de Lima. Prospero, betrayed Duke of Milan, has schooled himself in sorcery, and now that his enemies are within his grasp, shows them mercy with many a magical trick. Shakespearean high fantasy.

04 The Merchant of Venice

Shakespeare’s The Merchant of Venice, retold by Leon Garfield, read by Darren J. de Lima. A Christian merchant takes a loan from a Jew to help a young lover in need. In this allegorical commentary on mercy and forgiveness versus strictly following The Law, Shakespeare contrasts Christian and (caricatured) Jewish philosophy.

05 The Taming of the Shrew

Shakespeare’s The Taming of the Shrew, retold by Leon Garfield, read by Darren J. de Lima. Classic Shakesperean comedy with innuendo, love triangles within love triangles, a multitude of quirky suitors disguised as each other, and a fiery daughter who can’t find a husband. This play-within-a-play shows its age with its peculiar brand of Elizabethan humour.

Shakespeare’s King Henry IV, Part One, retold by Leon Garfield, read by Darren J. de Lima. Continuing where King Richard II leaves off, Bolingbroke, former paragon of honour, is the dishonourable King Henry IV. He admires his enemy, the honourable rebel Harry Hotspur, but must pit his prodigal son, also called Harry, and his knavish companions in desperate battle against him. Features a very good picture of war, honour and comic relief from the viewpoint of the legendary Falstaff and the common soldiers.

Recorded 1:30-2:30pm, 31/08/2021, while reading to my Grandma Iris; she enjoyed my reading to her, and this is a very good play. She passed away unexpectedly at 5pm that afternoon. Requiescat in pace.

First read to the Ioanas Feb. 2021; I was a “good distraction” and I’m very proud of that. Shakespeare’s Hamlet, Prince of Denmark, retold by Leon Garfield, read by Darren J. de Lima. Shakespeare’s greatest play, Hamlet holds death in his hand and ponders revenge, “To be, or not to be?”, before falling victim to the murderous poison of Castle Elsinore.

I’ll swear I recorded it previously, but this version recorded 2nd on 27/09/2021 in the empty bedroom in Grandma’s empty house.

Shakeseare’s Romeo & Juliet, retold by Leon Garfield, read by Darren J. de Lima. Might not be suitable for children due to sex references in this famous romance drama. Romeo and Juliet, two star-crossed lovers, live and die for their parents’ enmity.

Shakeseare’s Othello, retold by Leon Garfield, read by Darren J. de Lima. Might not be suitable for children due to adult themes (adultery, jealousy, murder) in the original drama. Othello the Moor, mighty General of Venice, is brought low by his scheming steward Iago, and his heart drives him to murder his wife.

First read to Ioanica Jan. 2021; she did well concentrating, as the story dragged on a little. Shakespeare’s A Midsummer Night’s Dream, retold by Leon Garfield, read by Darren J. de Lima. Fairy madness one midsummer night, as the Fairy King and Queen manipulate mortals for their amusement. Helena loves Demetrius, who loves Hermia, who love Lysander, who, thanks to meddlesome magic, loves Helena. And an innocent bystander to this roundabout, Bottom, gains the head of a donkey.

Recorded 3rd on 27/09/2021, the first Shakespeare I read to Little One, and possibly my last ever recording in Grandma’s house.

Shakeseare’s Macbeth, retold by Leon Garfield, read by Darren J. de Lima with terrible Scottish accents. Macbeth and his Lady are led into murder and conspiracy when they try to fulfill the witches’ prophecy themselves in medieval Scotland.

Friends of mine are welcome to contribute their knowledge to the site! Here’s a list of those who have contributed:

I enjoy systems administration, so I manage a few servers and websites.

Chances are if we are on the same Local Area Network (LAN), I’m serving something! These are served from my Raspberry Pi homeserver, and currently only accessible on my home network. For your convenience, here are the services you can access (you’ll have to ask me for the passwords in person; no way I’m putting them in cleartext on the web):

These are served from my PC, and you can access them as long as we’re both connected. 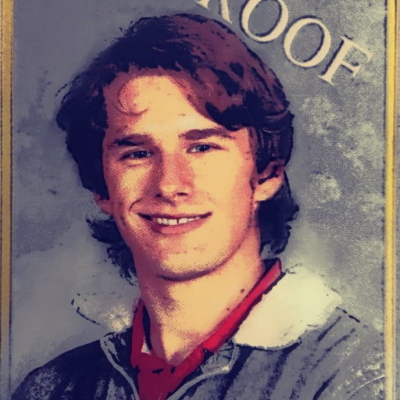 Hello! The site admin is Darthagnon.

This is my blog and technical portfolio, where I seek to inform, entertain, and share my handicrafts and knowledge with you.

What’s with the username?

I like to go by the Sith version of the 4th Musketeer, D’Artagnan.

Questions? Comments? You can reach me on the social media linked. Feel free to drop me a message. I’ll try to get back to you shortly. To prevent spam, I have added [square brackets] to some of my socials; if you’re not a robot, you can click the links and remove the [brackets].

Site source code is available on GitHub, as well as offline backups on my home systems. Snapshots are also available on Archive.org and Archive.today. The site uses 2 themes, Hugo Theme Dream and Hugo Easy Gallery, and is built with the Hugo static site generator.